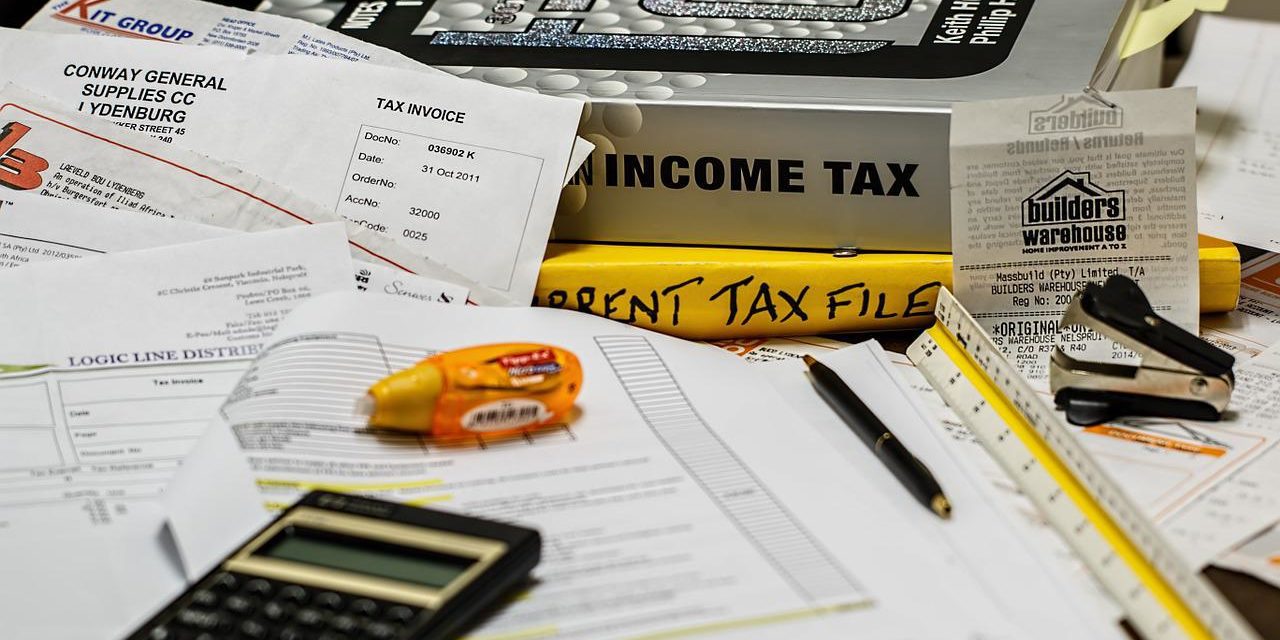 Contents hide
1 Billionaire Using Offshore Structure Accused of Being Biggest Tax Evader in US History
2 Never Keep Money in Switzerland
3 Be Careful About the Operation of Offshore Structures
4 Renounce US Citizenship
5 Have Residences Overseas
6 Have More Than One Passport
7 Use Low Tax, Off the Radar Jurisdictions
8 Have Precious Metals and Crypto as Part of Your Portfolio
9 Have Operating Companies Overseas
10 Encrypt Everything
11 Don’t Use Advisors Based in Your Own Country
12 Trust Nobody
13 FAQs
13.1 What does tax evader mean?
13.2 What’s the difference between tax evasion and tax avoidance?
13.3 What is tax minimization?
13.4 How do you escape tax?
13.5 What happens if you are a tax evader?

According to the Wall Street Journal the IRS have launched a criminal prosecution against US billionaire Robert Brockman. The US government allege that Mr Brockman evaded taxes on income of $2 billion, making him the largest alleged tax evader to be prosecuted by the government.

While those of us who still believe in freedom will see Robert Brockman as a hero who created value for his customers and employees, the US government pursue him as a tax evader. Who can blame Brockman for wanting to keep what he rightfully earned?

The 80-year-old, who according to Bloomberg is suffering from ill health, has had his assets frozen and homes and offices raided. The offshore jurisdictions that he used have assisted with this at the behest of the US government. The case offers valuable lessons for those of us who use offshore structures to keep what we earn.

Switzerland has a reputation as a banking and privacy haven. Switzerland once offered numbered accounts and banking secrecy. This ended decades ago. According to reports Switzerland froze $950m of Brockman’s assets. This would have been done under the Mutual Legal Assistance (MLA) agreement with the US.

If you’re under government investigation or even involved in a civil lawsuit your money’s not safe in Switzerland.

Be Careful About the Operation of Offshore Structures

The government are pursuing Brockman as a tax evader because they claim he controlled the Bermuda trust that owned his assets. They do this under controlled foreign corporation (CFC) rules. Due to the nature of trust Robert Brockman can’t own it. I’m sure he had the best advice available and his defence will be that it was not under his control.

This is the most important aspect of setting up an offshore structure. Your goal is to own nothing but control everything. There must be balance here. If you live in a high tax country, there must be no evidence that you control any foreign entity. If there is the government might target you under CFC rules.

The US government is the only major government that taxes based on citizenship. All other major governments tax based on residence. An increasing numbers of US citizens are renouncing their citizenship to escape the US tax net. Former US citizens such as Tina Turner, Denise Rich and Eduardo Saverin renounced their citizenship. As far as I know, Robert Brockman lived in the US so renouncing his citizenship alone may not have helped. However he could have avoided problems by relocating overseas and renouncing his citizenship. He could still have spent a few months every year in the US. He would have been immune from IRS problems.

A residence overseas is an insurance policy against problems at home. If there’s even the slightest possibility that the government may pursue you as a tax evader or for any other white collar ‘crime’ then a residence overseas is an essential part of your back up plan. You should get used to spending time in other countries and having bank accounts and assets there.

Have More Than One Passport

Use Low Tax, Off the Radar Jurisdictions

According to reports in Bloomberg and The Wall Street Journal Robert Brockman used offshore structures in Bermuda and The Cayman Islands. We have long advised our clients not to use the popular English speaking jurisdictions. They all have MLA treaties with the large high tax countries and they’re all part of CRS and FATCA. Much better to use other lower profile jurisdictions or better still, jurisdictions that aren’t obvious tax havens. The Cayman Islands and Bermuda can be nice places to live but keep your assets elsewhere.

Have Precious Metals and Crypto as Part of Your Portfolio

When you put money in a bank you’re lending money, unsecured to that institution. They’re subject to all sorts of regulations. It’s easy for authorities to have your bank accounts frozen, particularly if you’re under criminal investigation. That’s why it’s important to have at least a portion of your assets invested where it’s all but impossible for them to be frozen. Precious metals and crypto are the most obvious but there are other valuable assets too, such as overseas property that can’t easily be frozen or confiscated.

Operating companies, as opposed to companies used only for holding assets will be subject to less scrutiny from your home country’s tax authority. They’re not reportable under CRS. Large multi-national corporations have operating subsidiaries in many countries. Governments find it almost impossible to tax these companies. If you have a business, why not set it up in a tax friendly jurisdiction? There may be other benefits too like government incentives, more cot effective employees and less regulation.

Governments can’t beat encryption. Make sure all your data is encrypted and you use the strongest passwords. Always use end to end encryption for communications. Never keep unencrypted data about your offshore assets at home or in your office. Encryption works. If you want complete privacy you must learn how to use it.

Don’t Use Advisors Based in Your Own Country

Never buy an offshore company or take advice on offshore structures from anyone based in your home country. It seems like an obvious precaution to take but most people ignore this. That means that if they come under scrutiny or get involved in a lawsuit there’s a full record of whatever they’re doing in their home country and available to any investigators. Only use advisors based outside your country for offshore dealings.

According to reports Robert Brockman was charged with being a tax evader after a former associate gave evidence against him. The former associate, as part of a settlement with the government, told them everything he knew. This appeared to be a lot, as he had used the same structures. He managed to avoid being prosecuted as a tax evade by nailing Brockman.

Trusted allies, whether they be spouses, lovers or business partners can become your worst enemy. You should compartmentalize things as much as possible and tell no one where you keep your assets or how your confidential affairs are organised.

What does tax evader mean?

A tax evader is generally considered as someone who avoids paying taxes that are due under the law.

What’s the difference between tax evasion and tax avoidance?

Tax avoidance is using legal strategies to reduce the amount of tax due. A tax evader will simply refuse to pay tax that is due.

What is tax minimization?

Tax minimization is a legal strategy to reduce the amount of tax you must pay to the lowest amount possible.

How do you escape tax?

There are numerous strategies to escape tax. You can live in a tax haven or a territorial tax country. If you’re a US citizen you may have to renounce your American citizenship to escape tax.

What happens if you are a tax evader?

If you’d like help with a personalized offshore structure to protect your assets and make sure that you don’t run into any problems get in touch below: 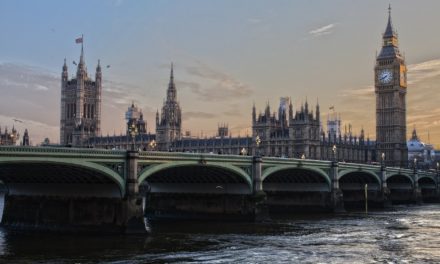 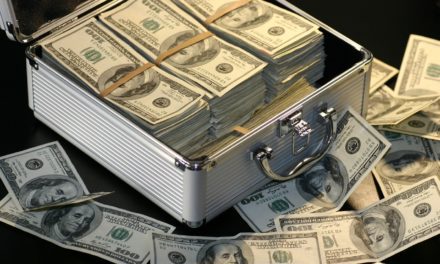 10 innovative ways to live outside the financial system 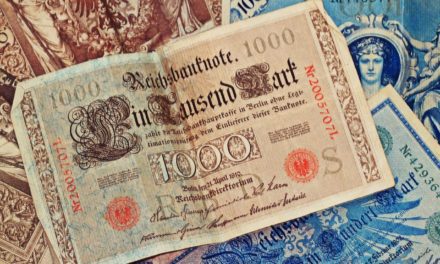 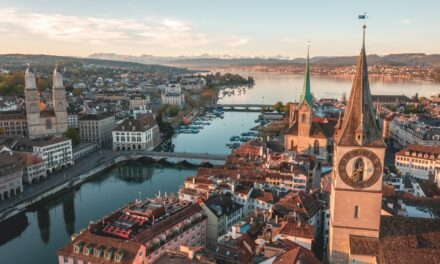