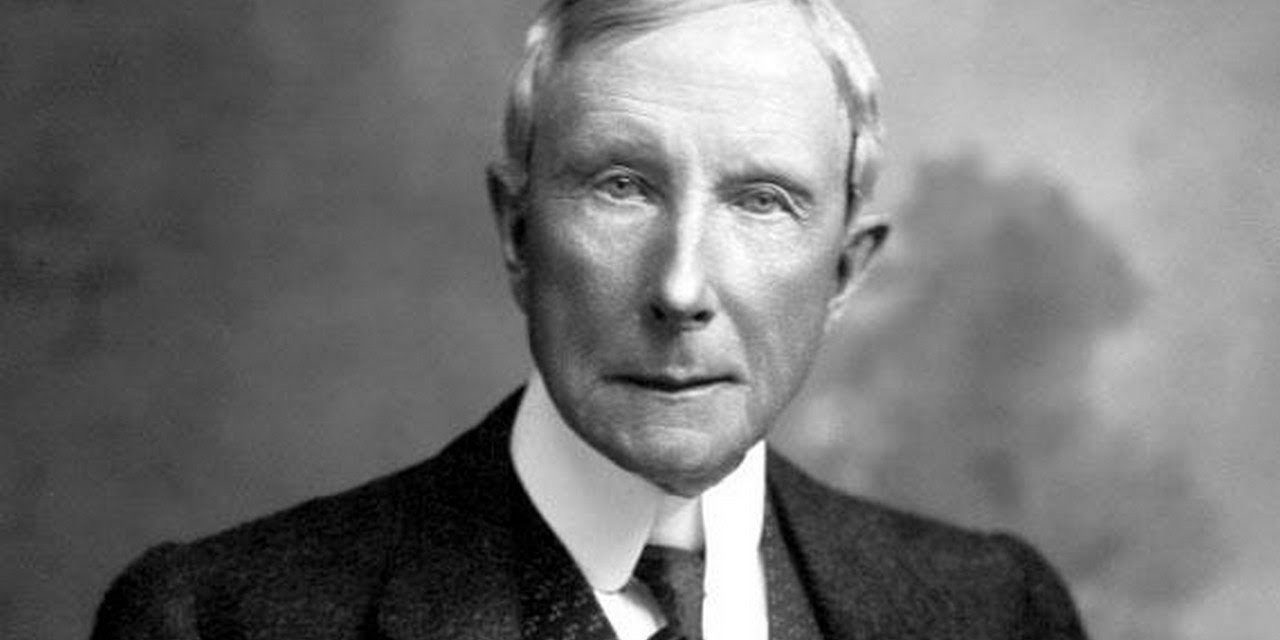 Contents hide
1 How The Super-Rich Use Trusts to Preserve Multi-Generational Wealth
2 How Trusts Came to Be
3 Modern Uses for Trusts – The Ultimate Tool to Own Nothing and Control Everything
4 Using Trusts for Privacy in the 2020s – Modern Strategies to Own Nothing and Control Everything
5 How to Make Yourself Judgement Proof
6 What Are the Best Jurisdictions?
7 Legal Safeguards
8 Multi Jurisdictional Approach

How The Super-Rich Use Trusts to Preserve Multi-Generational Wealth

Great Family Dynasties Own Nothing and Control Everything

On first reading why would you want to own nothing and control everything? This is in fact the secret to multi-generational wealth. Structure your affairs so that no one individual owns anything and no future heir can do anything to put anything more than a minor dent in the family fortune.

It may seem like a contradiction but great family dynasties such as the Rothschilds, Rockefellers, and the Vanderbilts despite controlling billions in assets own nothing. In fact, John D Rockefeller coined the phrase that it’s best to own nothing and control everything. This is no accident. They purposely structure their affairs this way.

That’s how they guarantee that multi-generational wealth is sustained. You see the people who created the wealth that founded these dynasties were pretty smart. They knew of all the pitfalls and temptations their heirs would face. They placed their wealth in trusts and foundations. The beauty of this kind of structure is that effectively nobody owns it. The ownership can be somewhat vague as in ‘future generations’. There can be strict rules against touching the principal and about how and when distributions can be made.

How Trusts Came to Be

This law was developed from the 12th century onward during the crusades. When a landowner left England to fight in the crusades he would convey his property to a trustee to manage his affairs in his absence. This was done on the understanding that the property would be conveyed back to him on his return. Unfortunately, some trustees refused to return the land to returning crusaders.

Trusts today are used to protect assets and preserve family wealth. When assets are gifted to a trust, you don’t legally own them. Even if you’re a beneficiary. If you set up a trust for future generations or unidentified charitable distributions you can control the trustees and decide when any future distributions are made. You remain in control of your assets but legally you no longer own them. This is what is meant by Own nothing, control everything.

If your assets are held in a trust, it can lend money to you to fund your lifestyle, and provided you agree to pay a commercial rate of interest you can’t be taxed on that money. No creditor or ex-spouse can seize assets owned by the trust as legally they don’t belong to you.

Bank balances should not be reported under CRS or FACTA, as they are not your assets. This is how the super-rich stay rich for generations and pay almost nothing in taxes.

Trusts and Foundations don’t just disguise or hide the ownership of your assets. They change the legal ownership. Yes, you can control $1 billion in assets and own nothing. You can live in a house owned by a company that’s owned by the trust. The trust can lend you money to cover your living expenses. An acquaintance of mine travelled everywhere by private jet, lived in a huge mansion, and strutted around like a billionaire.

When his wife caught him cheating she expected a huge payday. After all, she had married into one of Europe’s richest families. Sadly for her, the family wealth was held in multiple offshore trusts and she didn’t receive a penny despite hiring the most expensive lawyers in London.

Trusts offer more than just keeping private the assets that you own. There are no disclosure requirements or accounting requirements. Nobody will be aware of exactly what assets the trust owns and what it doesn’t. You can easily disguise the ownership of corporate assets by having them held through corporate shells.

How to Make Yourself Judgement Proof

Having your assets held in an Offshore Trust will make you immune to any court judgments or other attempts by lawyers to steal what’s rightfully yours. If you choose the right jurisdiction to set up your trust you’ll scare away potential legal pursuers before they even get started. Let’s face it nobody is going to start throwing vast sums of money at legal actions unless the outcome is fairly certain.

If they see that the first layer of your structure is an offshore company in a jurisdiction hostile to creditors that may put some or even most people off. When they see that is owned by an offshore trust in an even more hostile jurisdiction and that it’s not linked to you in any case hey will walk away. They won’t even pursue. Of course, you must make sure that any visible assets are mortgaged to the hilt with loans from a shell company owned by your trust. That ensures that they can’t seize any assets in your home country.

What Are the Best Jurisdictions?

The Cook Islands are a semi-independent group of Islands in the Pacific. They are under the protection of New Zealand and use the New Zealand Dollar.

The Cook Islands have some of the strongest trust laws in the world. They are designed to repel even the most aggressive creditors.

Most claims against asset protection structures are for what’s known as a fraudulent conveyance. That is if you know you’ll be divorcing or declaring bankruptcy soon you can’t just transfer all your assets to an offshore structure the week before. (There are solutions to this, but that’s a discussion for another day!). Cook Islands law says that if the trust has owned the assets for 2 years then no claims can be made for fraudulent conveyance. Furthermore, any creditor who wants to make a claim has to go to court in The Cook Islands. They don’t recognise foreign judgments as some other offshore jurisdictions do. A Cook Islands Trust could be the perfect tool to own nothing and control everything.

According to the New York Times, The Cook Islands are ‘A Paradise of Untouchable Assets’

Like The Cook Islands, any potential litigants must start proceedings in Panamanian Courts. No claim can be made that assets have been transferred fraudulently into the foundation after 3 years.

Obviously, it’s important to make sure you keep control of the assets if you want to own nothing and control everything. Those who conceived offshore trusts and foundations in jurisdictions like The Cook Islands and Panama were very conscious of that so there are strong provisions to make sure that the founder keeps control. Of course, you can have a power of attorney so that you can act on behalf of the trust on a day-to-day basis.

You can sign on the bank accounts and buy and sell assets with a power of attorney. The founder can also choose a protector to oversee the working of the foundation or the trust. Legally the Foundation council or trustees can’t do very much without the authorization of the protector. The protector can be somebody of your choosing such as a trusted lawyer, accountant, or family member.

I always favour somewhat complex, multi-jurisdictional structures. It makes them more difficult to penetrate and easier for you to control. For any investigator snooping into your affairs, it will be like trying to put together a complex jigsaw puzzle without having the picture on the box.

While I’ve dealt with Panama for years and found it to be a solid and trustworthy jurisdiction, I wouldn’t necessarily want the foundation council members managing assets with a local Panamanian bank. Much better to have a legal structure in one jurisdiction and bank in another. Preferably on the other side of the world.

You might have a Cook Islands Trust at the top of your structure, with a Panamanian Company below which owns a Hong Kong company that banks in Singapore. That means that any investigator potentially has to deal with 4 different jurisdictions to even get close to where you are.

You will want to be managing your financial assets from world-class asset management jurisdictions like Hong Kong and Singapore. You can use companies from those jurisdictions anywhere in the world without experiencing difficulties opening and operating bank accounts and brokerage accounts. Meanwhile, the ownership is legally protected in highly secretive jurisdictions where it’s practically impossible to litigate.

When you have arranged your affairs so that you own nothing and control everything you can sleep well at night knowing that no matter what happens your assets are safe, secure, and untouchable.

This is an extract from our Special report – Bullet Proof Asset Protection. This report outlines dozens of strategies that you can easily implement to make sure that like John D Rockefeller you can make sure that you own nothing and control everything. You can get the full report here. 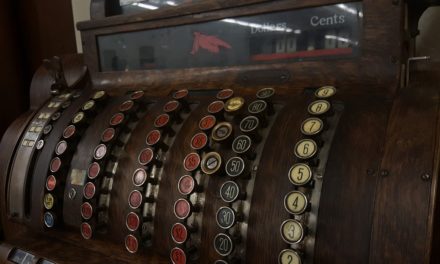 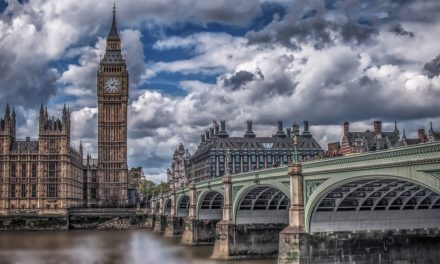 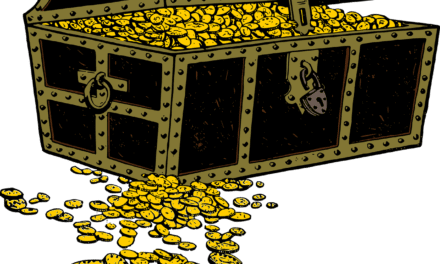 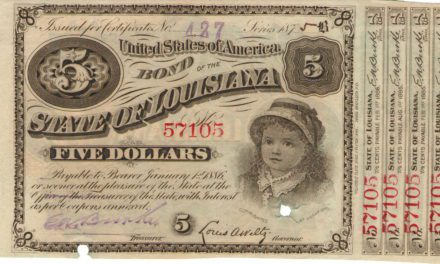