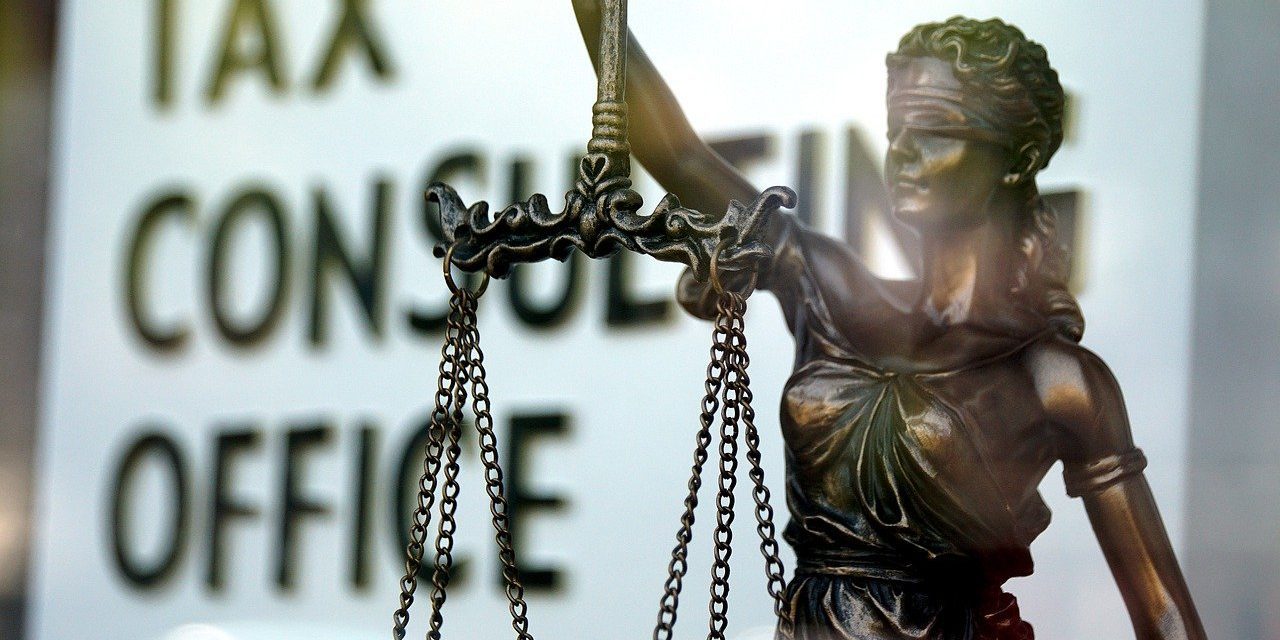 For those of us who are originally from high tax countries like the UK, the US or Canada, no tax countries can be hard to imagine. Can it be true that countries exist where there are no taxes on income? We are all indoctrinated with the idea that taxes are necessary and even a good thing. Most people think that high taxes are necessary to pay for welfare and government services like schools and public transport.

It’s surprising to many that countries with no income tax still exist.

When was the first income tax introduced?

Income tax was first introduced in Great Britain by Prime Minister William Pitt in 1799 to fund the Napoleonic wars. Back then it was used to pay for the army and infrastructure that was needed to fight against Napoleon’s France. The top tax rate was 10% for those with an income of more than £200 per year. It was originally introduced as a temporary measure but was never removed.

Income tax was first introduced in the US, also as a temporary measure, during the Civil War of 1861 to 1865. In 1862 Congress passed the Revenue Act which introduced three types of direct personal taxes on incomes, corporations and estates. Income tax as we know it today was introduced in 1913. The top rate was 7% on incomes over $500,000. This was an enormous amount in 1913 and less than 1% of the population paid it.

So, as we can see Income tax is a relatively recent phenomenon. Other countries gradually introduced their own income taxes after the US and Great Britain led the way.

There are however a few countries remaining that still don’t have no income tax at all. Our readers know that the whole world can be a tax haven with a little planning, but today let’s look at the remaining no income tax countries where it’s not necessary to depend on loopholes or planning to have a zero income tax rate.

Bahrain is a no income tax country in the Persian Gulf which was part of the Ottoman Empire until 1861 and became a British Protectorate. Bahrain sits on one of the worlds largest oil fields. It is able to remain one of the few no income tax countries due to its vast oil wealth. Bahrain enjoys great stability due to its membership in an alliance of Sunni monarchies called The Gulf Cooperation Council or GCC.

Saudi Arabia’s tax rate is 0% for all taxable individuals. Probably not the best choice for those who enjoy a western lifestyle but it is gradually opening up si it might be worth keeping an eye on.

The Bahamas is one of several no income tax countries located in the Caribbean. It has no capital gains tax either! It was historically known as Lucay or Bahama and was colonized by the Spanish, then the British. In 1973 it became an independent country and has been a member of CARICOM since 1983. The Bahamas is famous for its beach resorts, casinos, scuba diving and deep sea fishing. Many famous tax exiles have chosen the Bahamas as home, including James Bond star, Sean Connery.

The BVI are another of the no income tax countries, located in the Caribbean Sea between Cuba and Puerto Rico. The British Virgin Islands were originally inhabited by the Arawak Indians and the Ciboney. Christopher Columbus was one of its first visitors in 1492, naming it ‘The Virgins’. It was later named after Britain’s Queen Elizabeth I . The islands are now famous for tourism, offshore financial services and ship registration.

Like most of the British protectorates The British Virgin Islands have always been a no income tax country.

The United Arab Emirates or UAE is probably the best of the no income tax countries in the Middle East. It’s no wonder the UAE is so wealthy as it sits on a fifth of the world’s oil supply and is one of the richest countries in the world. The country has no capital gains tax either! It was founded in 1971 when six of the sheikhdoms in the region formed a no income tax country and two more joined later.

It is a great place to do business as English is widely spoken, no minimum capital requirement and no restrictions on foreign ownership. It’s easy to become a resident in one of the Emirates like Dubai where you can enjoy a western lifestyle, completely tax free.

6. The Principality of Monaco

Monaco is a no income tax country in the South of France. Interestingly, there are no property taxes either! Monaco was founded in 1215 and has been independent since then. Traditionally Monaco got most of its revenue from its casino. Nowadays the country has a sales tax or VAT which funds most of its activities. Monaco is known as a glamorous tax haven where Europe’s super-rich love to hang out. Monaco is the best of the no tax countries in Europe, but it’s also the most expensive. A 2 bedroom apartment in a good location can cost upwards of $10m.

Qatar is no income tax country in the Middle East. Qatar has no income tax for local expats and no capital gains taxes for foreign investors either. Oil accounts for more than 35% of total exports. You can live a comfortable life in Qatar but it’s much more conservative than neighbouring Dubai.

Bermuda is a British protectorate in the North Atlantic Ocean. Bermuda has no income taxes for residents. There are no capital gains taxes either. Bermuda is a British overseas territory and like many British protectorates it remains one of the few no income tax countries. Bermuda has an impressive stock exchange called the Bermudan Exchange. The island is no more than 21 miles long and 7 miles wide.

The Cayman Islands is a British protectorate in the Caribbean. It’s no surprise to see it as a no-income tax country. The islands are one of the most popular locations for offshore banking activities. It has long been accused of being involved with money laundering and tax evasion. This was popularised in the Tom Cruise move, The Firm in the 1990s. It has now cleaned up its act and is a solid tax haven with no income taxes or property taxes.

Anguilla is small British overseas territory in the Caribbean. It’s a no tax country for residents of Anguilla. Anguilla is a popular Caribbean vacation destination known for its beautiful beaches and fine dining.

The Turks and Caicos are British Overseas territory in the North Atlantic Ocean. It’s no surprise to see it on this list of no income tax countries. The islands used to be quite rural but they are becoming more and more popular with foreign retirees because of their undeniable beauty. It’s one of the few countries in the region where there is no capital gains tax either, making it especially attractive for investors.

Oman is an Arab monarchy in the Middle East. It has no capital gains tax and no inheritance or wealth taxes (wealth tax applies to certain assets like cars, real estate). Oman even has a free trade agreement with the USA as well

Brunei is an independent state located on the north coast of the island of Borneo. It’s no surprise to see Brunei here as there are no income or capital gains taxes, and property taxes are only 2% of the assessed value! The Sultan has become quite a fan of capitalism in recent years and he introduced a new bill in 2012 to make Brunei more attractive for foreign investors.

Saint Kitts and Nevis are two islands in the Caribbean. They are an independent two island nation but they still retain a special relationship with Britain. Both of them get plenty of tourism income from it’s numerous luxury resorts. There is no inheritance tax or capital gains tax on real estate either.

Sark is a small island in the English Channel. It has no income tax for residents or tourists so it’s quite popular with foreign retirees. In fact, its own website describes it as “one of the best-kept secrets of Europe.” Currently the only tax imposed on individuals is a property transfer (house) tax that kicks in after 11 years of owning a property. There’s no inheritance tax, capital gains tax or gift tax on property either.

You can find out more about Sark here

Vanuatu is an island nation in the Pacific Ocean. It’s another tax haven, with zero capital gains taxes and inheritance taxes. Vanuatu has a population of 240,000 people so it’s not exactly huge but they are getting more attention now from tourism than ever before. Most of the businesses in Vanuatu are foreign-owned so there’s plenty of good reasons for them to ensure that they don’t introduce income or capital gains taxes on it’s residents.

There is much debate about the role of taxes in the modern world. We are of the view that most tax money is wasted by over reaching governments that are much too big and no longer serve the people who fund them. It’s not just the fact that it’s almost impossible to become truly rich when you have to pay 40% or more in taxes on your income, it’s the intrusive nature of income taxes, in particular.

The very existence of income taxes allows the state to intrude on your life and your privacy whenever they want to. If they don’t believe what’s on your tax return they can demand to see your financial records. They can dip into your bank account without your permission in some jurisdictions and help themselves to whatever arbitrary amount they think is due.

Income taxes are an attack on freedom and they always have been. Anyone who wants more freedom in their life should make it a priority to organise themselves so that they have no tax liabilities. One strategy could be to move to one of the no income tax countries from the list above.

For those who want to find out more about living a tax free life and making sure your assets are securely protected offshore consider buying our Special Report – Bullet Proof Asset Protection. You will find out how to implement strategies to secure your assets , open truly private offshore bank accounts, use crypto currencies for profit and privacy and much more.

Contact us for help with reducing your tax liability, Offshore companies, getting a new residence overseas, international investing and second passports. We can guide you through the maze of the offshore world and help you to move overseas and secure your assets. We can help you get your tax rate to almost zero even if you’re not ready to move to a tax haven. 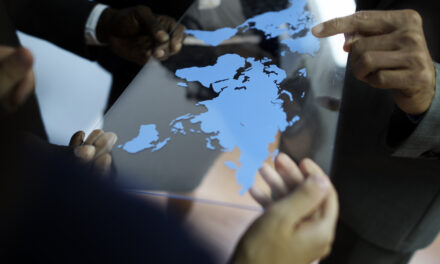 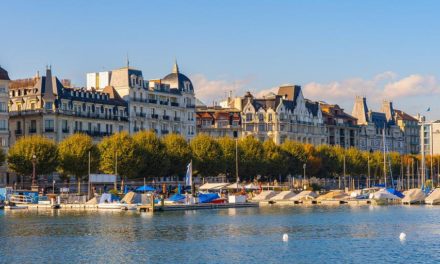 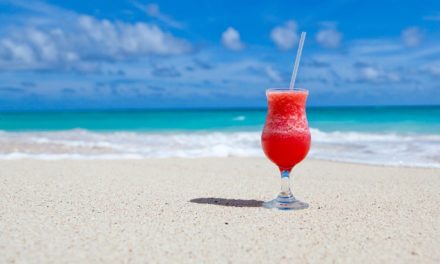 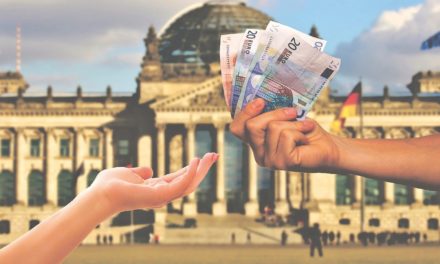